For several reasons, I had considered not going to this year’s PTS. Going was a good idea, and I’m glad I did it, and I definitely got valuable things accomplished, but the main reason I decided wasn’t the morale boost I’d get from writing code. It was Marlow, the town where the event was hosted. Marlow is Neil Bowers’ home town, and I’ve heard about quite a bit over the years. PTS was an opportunity to see it in person, to have a bit of a visit with Neil, to see the oft-praised Marlow Bookshop, and as I learned fairly late into the planning, to eat at a two Michelin star restaurant. I knew that the price of doing this would be hard work at the summit and I accepted it. Fortunately, I got to do all those things, they were great, and then the hard work was rewarding on its own. Two thumbs up.

Marlow felt just one notch up from tiny. The entirety of downtown seemed to be two roads of shops, each one about three blocks long. How tiny is it really? I couldn’t say, I only spent a few hours there. Almost everything was recommended, except the fish and chips shop, about which apparently the less said the better. I did make it to the bookshop, which was charming, but I didn’t spend enough time there to really take it in. I ate some great Thai and Vietnamese food, but the star meal was at the Hand and Flowers, the star-bearing “pub” I mentioned earlier. While we ate, Neil said, “Oh, and there are two three-star restaurants about five miles from here.” I guess PTS will be back in Marlow sometime in the future, right?

Meeting Neil’s family was also the impetus for me to finally learn how to play Dutch Blitz, and left me thinking I should really be able to solve a Rubik’s cube. Also, who knew how many English people would be distressed at the prospect of watching someone drink their tea without milk?

So the town was nice, and about a mile’s walk from the venue, Bisham Abbey. The manor house was built about 750 years ago, although significantly modified since. The building was imposing and attractive, and had a beautiful lawn that led right up to the banks of the Thames. Despite a few weirdly shaped doorways and slightly too-steep stairs, it was a great venue for the summit. It would’ve been nice to claim a few more of its rooms, but it was never a problem. 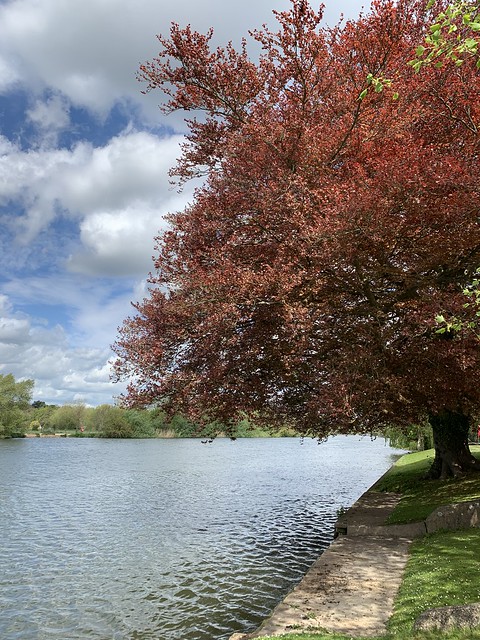 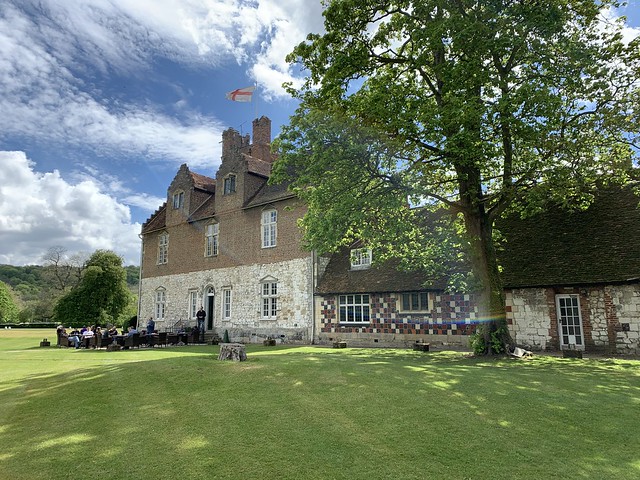 We didn’t stay at the abbey. Instead, we stayed just across a driveway at the national sports center on the abbey grounds. It’s where Britain has some of its Olympians train, so it had a great gym, which I managed to use a few times. It also had a presumably even better gym, labeled the “Elite Gym”, but it wasn’t for mere mortals like me. The room was just fine. The food was fine. I failed to get any dinner on Saturday night, which made me realize that one of my travel bag necessities on future trips should be some kind of food for when I do that. A couple MetRx bars might be a reasonable emergency backup.

I left Marlow this morning the same way that I arrived: in a hired car driven by somebody hired by Neil, who knew exactly where I had to go, so all I had to do was sit down and wait. Top marks for that. Who doesn’t love being picked up by a driver with your name on a slate? (It said “RJBS”. Heh.)

Looking back, I almost wish that I’d had a bike while in Marlow, but the way that Brits drive on small country roads terrifies me. I’ll just stick to walking next time.